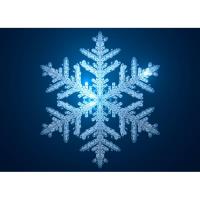 Saturday, November 20, 2021
Line up begins at 3:30 along 2nd Avenue and in Anoka-Ramsey
Community College Park lot; Parade steps off at 5:30


From the Cambridge Ambassador Program Facebook Page - UPDATED 11/20/2021:
Join us at 5:30 to kick off the holiday season at "our own little Holidazzle"!
(Yes, the parade start time is 5:30 regardless of how Facebook is messing with the time on the event cover!)
Prior to the parade, a tree lighting ceremony will take place in the Arlington lot near the stoplights at Main Street and Hwy. 95 at 5:00. The parade announcers will also be at this location!
The parade will use the same route as 2019, beginning at 2nd and Fern near City Park and winding its way down Main Street. The parade will end in front of City Center Mall. (See the route map in the discussion section.)
SANTA will make his seasonal debut by leading off the parade in a horse-drawn sleigh from Smith Carriage!
Before the parade, the kids can get a photo with Santa from 3:00-5:00 at City Center Mall, thanks to the sponsorship of Cambridge Family Dental. Due to being short staffed, they will not be able to take Polaroids this year, so PLEASE BRING YOUR OWN CAMERA. Santa will not be there after the parade.
Parade-goers can visit the Arlington Lot for some hot cocoa from 4:00-5:30! The first 250 cups of cocoa will be sponsored by C-I Teachers Local Union #7040 and D & J Auctions; and after those are gone, CIHS Model UN will sell cocoa for $3 a cup.
The Community Chili Feed, with proceeds helping to pay for parade expenses, will be held from 4:00-7:30 in the City Center Mall near the Senior Activity Center's Friendship Cafe.
We especially want to thank the City of Cambridge for overseeing this event along with the Cambridge Drift Dusters Snowmobile Club and Bradford's T&C Self Serve "Goodest Gas in Town" for their generous financial sponsorship!